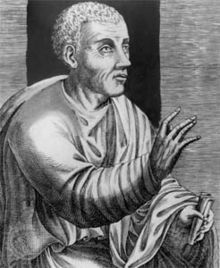 He himself says something every day, even many things, that listeners can ponder to himself. Although in fact derive from reading enough examples for the imitation, however, supplies the voice more fully alive, and especially that of a teacher to his disciples, provided they have been properly trained, love and respect. Barely on the other hand one could say how willingly we imitate those to whom we are well prepared .
Pubblicato da Nicola Sfredda alle 08:52